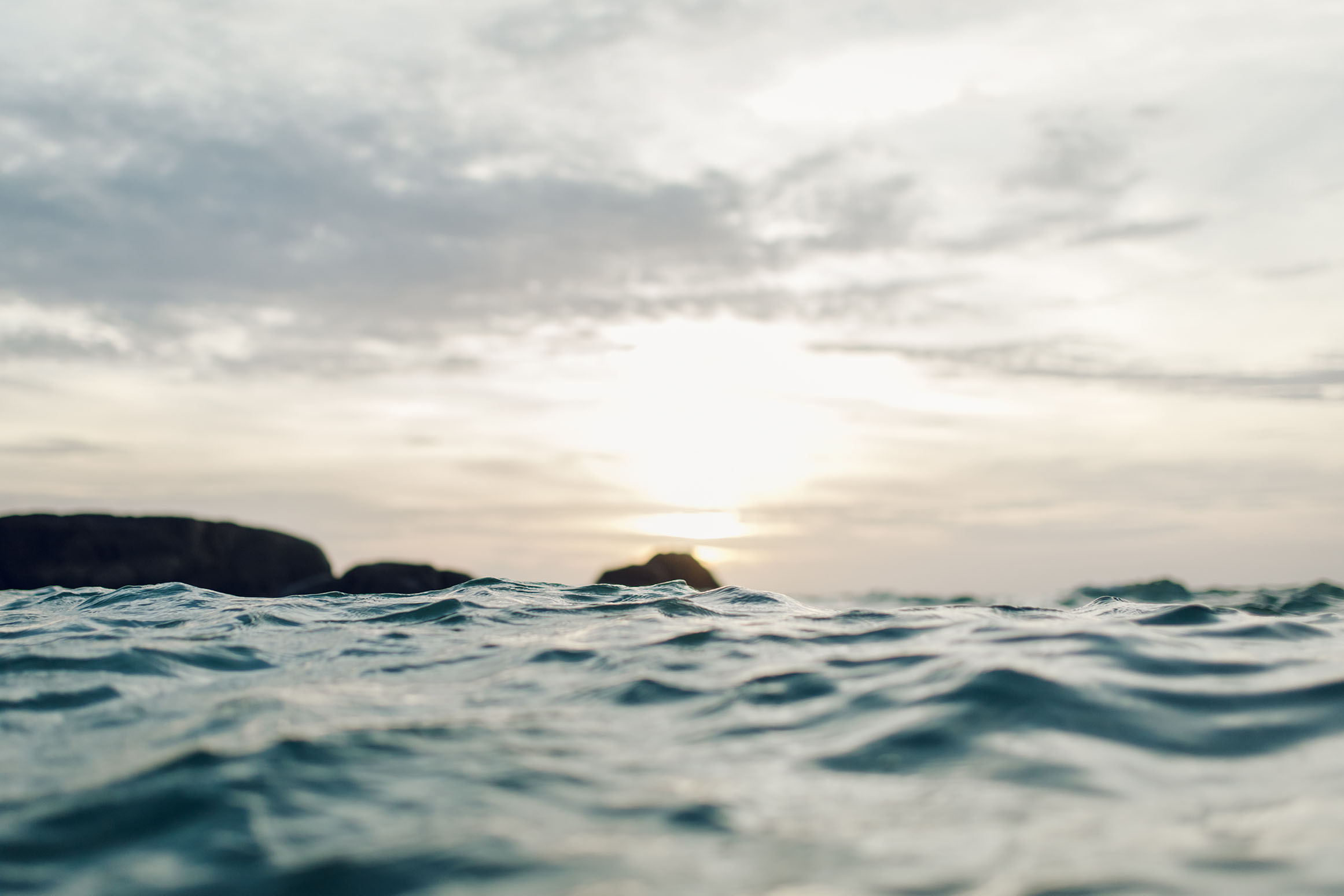 Our scorecards for emerging markets highlight where fundamentals are resilient and where they’re not. These measures are especially important if bond yields overshoot their forecasts.

WHAT YOU NEED TO KNOW

Investors tend to assign more or less importance to different parts of the emerging market (EM) narrative. After all, their fundamentals, as reflected in relative currency performance, appear heterogeneous. Some emphasise the economic cycle (the ‘growth’ story), others imbalances such as high debt levels or structural themes ranging from reform and competitiveness to political stability (or lack thereof). We combine all these dimensions in a single scorecard ranking the EMs we track across many metrics and overall.

EMs moved from the boom-bust cycles that prevailed through the early 2000s to more moderate growth and inflation conditions. However, large differences prevail and the build-up of imbalances remains the main reason for country-level vulnerabilities that often lead to economic and financial tensions.

We define a set of early warning indicators (EWIs) for EM countries, compile a database and test the predictive value for EM currencies. We follow three steps as guiding principles:

a. Data collection. The indicators must have fundamental relevance, be comparable and come from reliable/common sources.
b. Index construction. The calculations should be simple and unbiased – we avoid parametric approaches and don’t calibrate to specific past episodes and/or country experiences.
c. Proof of predictive value. EM crises are usually periods of exchange rate pressure. Do the EWIs provide robust signals that would help avoid exchange rate losses? Our analysis suggests yes.
We select each indicator for its intuitive relevance and clear directional relationship with vulnerability (as captured by exchange rate depreciation), as well as reliable and comparable data sources covering at least 20 years of history.

The indicators can be divided into five fundamental groups:

We use this database to build a two-dimensional z-score approach, which we then combine to construct the EWI:

Aggregating the individual country scores gives us the following ranking: the most vulnerable EMs, among those we track, are typically Latin America plus Turkey, Romania, Russia and South Africa. This is mainly because of weak scores across a range of dimensions apart from output growth and inflation – especially on socioeconomic indicators but also more generally, with significant imbalances and fragilities.

Using this scoring methodology on the latest trends shows that:

In this, admittedly illustrative, simulation, the EWI top 11 portfolio stood clear of the largest losers – Argentina, Turkey and Brazil, followed by Russia, Uruguay and South Africa, and was consistently long top performers such as China, South Korea, Taiwan and Thailand.

Where fundamentals are solid (and where not) to withstand higher yields

We’re often asked whether pressure on EMs is likely to increase if bond yields continue to rise. It’s normal for rates to rise as the economy does better. The problem is when higher rates tighten financial conditions for EMs with weak fundamentals, in some cases impacting markets at large. At this juncture, while rising yields make the macro case for the EM complex more nuanced, strengthening global growth and world trade (along with rising commodity prices for some EMs) do offset some of the risks, especially for the Asian countries embedded in global supply chains – also given low external debt and large economy-wide savings.
It would be one thing if our global macro forecast did envisage a major overshoot in yields. But it doesn’t. While there are perhaps more upside than downside risks, we think that ample liquidity and ‘cash on the sidelines’ will likely pull in bond demand at (modestly) higher yields. We remain bullish on breakeven inflation and, albeit temporarily, we expect inflation to rise above central bank targets over the next few months without triggering any policy rate hikes from the Fed, European Central Bank and Bank of England – at least not for the next two to three years.

Probably the most well-known example of rising yields having negative implications, at least in recent memory, is when US real yields rose 130 bps between May and July 2013, as the market worried about the removal of Fed accommodation – the so-called ‘taper tantrum’. However, the magnitude seems very different this time around. US 10-year real rates have currently risen by around 35 bps from the lows, about a quarter of the May 2013 move. Crucially, we expect the Fed’s communication on the removal of accommodation to leave less uncertainty.

Another example is May 2015. The Fed ended up hiking in December that year, but in May markets worried that rate rises were more imminent. China’s equity market was going through a full-blown boom, rising 140% to May 2015. The ensuing 43% decline led to tighter financial conditions in China, a contraction in manufacturing and a large drop in the currency. Oil prices fell over 35% that summer and 55% overall. Today, we think that the first Fed hike is still 2.5 years away. Although China’s equity market is up significantly year on year, it’s far less than in 2015. We expect the currency to appreciate in China. And we see rising oil prices too.

EM equities, for instance, are dominated by Asian companies. The generally healthy macro state of this region is a positive, particularly considering the constructive implications for Asian currencies (as EM equities include EM currency exposure). But of course that’s just one aspect among many. It’s also important to keep in mind that stock markets don’t necessarily resemble their national economies. In fact, around a fifth of EM companies’ revenues are generated outside of the region.

EM sovereign bonds are more diversified across the different regions. Unlike equities, Latin America, Africa and the Middle East deserve more attention when analysing this asset class. Currency risk is not a direct concern, as this is USD-denominated debt. The more vulnerable state of many Latin American economies is reflected in valuations, as the region’s credit spread currently is 130 bps above the Asian one.

As these simple examples show, the EM macro scoring can inform our asset allocation process regarding underlying regional dynamics and risks. At the same time, it’s important to stress that this is just one perspective among the many we take into consideration.

There are now almost 113 million confirmed cases of Covid-19 globally. Yet the rate of daily new infections appears to have stagnated at around 45 per million, which is a significant fall from 94 per million at the start of 2021. This fall is taking place in the US, UK and euro area, and is mainly due to the lockdowns that are in place. Throughout the euro area, restaurants and many recreational activities are restricted, and in some countries a night-time curfew has also been enforced.

In the US, masks are still not compulsory in all states and most stores are also open. Nevertheless, overall the country seems to have the pandemic more under control, supported by the rapid progress of its vaccination programme. More than 13% of Americans have received at least their first dose, while the corresponding number in the UK is 26%.

New daily infection rates in both the US and Europe have slowed to around 20 per 100,000 inhabitants (figure 11). Both regions have reached this level after sharp falls since the start of the year and are roughly at the same stage as six months ago.

Asia’s infection pattern looks different. The number of confirmed new infections is much lower in relation to the number of inhabitants (figure 12). Moreover, levels and trends are very different within the region. India had its peak in the middle of last summer/early autumn and confirmed new infections have been dropping since then with a flattening curve. Meanwhile, the country’s cases per 100,000 inhabitants are at a similar level to those of South Korea and Japan. However, these two countries have not had nearly as extreme an increase. Japan was hit harder than other Asian countries at the beginning of the year, but quickly took strict measures to reduce its numbers.

Indonesia’s infections were still surging until a month ago, although the country has managed to curb the pandemic recently. Nevertheless, the numbers in relation to the population are still far above other Asian countries. Today, China and Taiwan seem to be almost unaffected by the pandemic. However, reported infection figures should always be viewed with caution, as developing countries in particular tend not to have strong testing capacity. While most Asian countries have ordered enough vaccine doses to reach herd immunity, their vaccination processes are lagging. Singapore is progressing fastest with around four people per 100 inoculated. Japan only started vaccinating on 17 February and South Korea on 26 February, making it the last OECD country.

Several factors explain why the virus is spreading at a slower rate even though mutations have appeared across Europe and parts of the US, including Florida. One is the progress of vaccinations. Since last month, the number of vaccinated people worldwide has increased considerably. With ongoing deliveries from Pfizer/BioNTech, AstraZeneca and Moderna in Europe and the US, vaccination rates should continue to rise.

Euro area countries are ramping up their vaccination programmes, although the pace of the rollout is slower (figure 13). One of the reasons is scepticism about their efficacy, such as AstraZeneca’s vaccine in Germany. The rate of new infections will determine when countries are able to relax their lockdown measures, and therefore the timing and pace of the economic recovery process.

Forecast models for upcoming new infection trends reflect the influence of vaccinations and higher seasonal temperatures. For example, Washington University’s Institute for Health Metrics and Evaluation (IHME) has adjusted its forecasts (figure 14). As the vaccination rate increases, the number of new infections decreases and herd immunity should be achieved more quickly.

Although there is still uncertainty about the efficacy of some vaccines, studies confirm they are slowing the spread of Covid-19. This positive development in forecasts could take some time to materialise in Europe. The delays in vaccine deliveries and in some case a slight reluctance among the population are still playing a major role in this development.

Forecasts suggested the UK would suffer a large increase in infections during the first quarter of 2021 owing to mutations. However, the widespread vaccination programme seems to have prevented this increase. The UK is now forecast to have very low infection rates by the middle of 2021 – even lower than the US. This positive development should lead to the easing of lockdown measures as outlined by Prime Minister Boris Johnson, who indicated that all restrictions could be removed from 21 June. In addition, higher summer temperatures should – like last year – push infection numbers down further. Heading into autumn, it will be important that vaccination programmes are advanced enough to avoid another difficult winter.